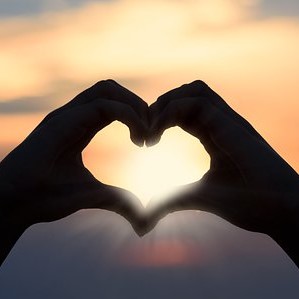 I recently had an experience of what I’d call an energetic orgasm. This has prompted me to get curious about the subject, and want to write about it. I’ve also been reflecting retrospectively, as I’ve had other similar, but different experiences in the past.

What is an energetic orgasm?

I’m using those words to describe an experience which includes the feeling of potent, orgasmic sensation, but does not arise due to genital stimulation, and may have no association whatsoever with the genitals. Also, this type of orgasm tends to last longer than conventional orgasm.

A note to the skeptic mind, which by the way I totally understand. Everything in our universe is comprised of energy. Quantum physics tells us that all apparently solid matter, is actually made up of atoms which are spinning vortices of energy. I studied acupuncture twenty years ago; in that system of understanding, it’s said everything is qi. Same thing, different word (though I do think Eastern philosophy was some years ahead of the game!)

My first experinece of an energy orgasm was approximately ten or so years ago. I was on a woman’s intensive weekend. We were doing a lot of inner, reflective work, breathing and ritual dance. During this deep process I was at one point in a three, with two women supporting me. I was lying down and quite relaxed. We’s been exploring sound, and humming into areas of the body. Perhaps it was suggested by the main facilitator, I don’t remember, but one of the women started to chant the word “ram” repeatedly over my second chakra (the area a couple of inches above the pubic bone). I felt the vibration of the sound and the warmth of the women’s breath, and then suddenly this seemed to penetrate my body causing a wave of strong orgasmic energy to move up my midline. My body moved and rippled with the affect of this, and then apparently on reaching heart level, this transformed into laughter. It was full, uncontrolled laughter for no reason. It had the affect of being contagious and as I remember quite a few women dotted throughout the large room also succumed to laugher. This was a pleasurable and quite unexpected experience. I decided not to “attach” it to the specific woman involved, but realised I had just experienced my own body in a new way…!

Orgasm of the heart

Forward about three years and I was on a Tantra retreat with my partner. We were in a deep process; number four of seven intensive retreats over a few years. We were pretty immersed in Tantric mediations by this point (particularly me, as I was repeating the whole training). We were sitting in front of each other engaged in a heart meditation, in the privacy of our own room. I felt very open and connected in love. There was no physical contact, but there was intense eye contact, and breathing. I felt my heart chakra area at the centre of my chest become energised, with more sensation. This intensified and then I lost control of my breath. The quickened, chaotic breathing I experienced then become orgasmic. This was centred around the centre of my chest, and radiating from there. It was highly pleasurable and literally breath-taking!

So, now fast forward to summer 2018! I was at two back to back sexuality gatherings. It was the penultimate day of nearly two weeks of intense festival experience. I’d had too many amazing encounters and processes to mention, but you could say I was nicely primed for what happened next. I had heard of Andrew Barnes, international facilitator (https://awakeningwithin.ngo/) for many years, and seen at least one video of him supporting women into full-body, energy orgasm. I’d been clearing some old suffering from my heart area at this time which felt relieving and quite profound. I felt that I was consciously moving away from past suffering, into new pleasure in my life. I decided on entering this couples workshop that I’d offer myself up for the demonstration. It felt like an opportunity. We dialogued a little, and it was agreed. After an introduction to the subject I was invited to go up, and lay on the treatment table. Andrew Barns made it clear nothing had to happen, and just to relax. I barely knew this man, but I decided to trust him “as the space” (that worked for me, rather than something more personal, or personality-based).

He started to move his hands over my body asking me to breath deeper. There was no genital contact. Mostly he worked over and above my body. I closed my eyes to go inside. It seemed for quite some time not much was happening, and I told my mind I was not here to perform, and I could only be with what was happening, be it a demo or not! At some stage he held an area, a bit like an acupuncture point, on my abdomen, above the pubic bone, and another one on the roof of my mouth. He said there was some tension in my neck, and then he made a strong gesture, grabbing my neck. The affect this had reminds me of a kitten being picked up by it’s mother by the scruff of the neck; when the whole body surrenders through the nervous system. Suddenly a bolt of what felt like electrical charge caused through my body, from somewhere in the lower abdomen up my front. I let my body flaire and move, my spine undulating. Some sounds were coming from my throat and I let them, sounds of power and pleasure arising from physical sensation and aliveness. Then a cascade of laughter erupted from me. It felt releasing and natural. Like waves of pleasure and laughter moving through me in a continuum. I’d been primarily focussed inside my body during this process, but now I did momentarily reflect that there were about seventy people watching, and perhaps I was sounding quite mad. This only made me laugh more though. It felt very liberating. I left the table after some time feeling relaxed, blissful and care-free. I checked-in with some friends who were there, and it seems I may have been on the table for thirty or forty minutes, though it seemed less to me.

What may assist energetic orgasm?

What’s it all for?

I did reflect on this question after. I suspect aside from the capacity to surrender, that the movement of this pleasurable energy through our system can only be a good thing. I have a sense that I somehow released something from my heart area, allowing more laughter to flow. In the Chinese medical system laughter can be healing for the heart, and the lack of it can be a sign of pathology. Indeed, “Laughter yoga” has become popular. Also if my neck was tense, and that tension or blocked energy released during the session, then by body was more fully receptive to pleasure moving through my body more fully. Aside form these potential pleasures and benefits, knowing that expanded, and energetic orgasmic states are possible is important because it challenges us to drop our pre-conditioned ideas about what pleasure and orgasm actually are, and broaden our horizons.

The healing capacity of pleasure

If we can feel pleasure in as many parts of our body including all the cells of the body, we can literally feel good all over, and have a sense of being joyously alive. This must be good for us surely?! Can this perhaps drive out disease too, or at least prevent it? Tantra says we can experience orgasm anywhere in the body; from the big toe to the third eye. Certainly it’s a pleasurable investigation, and one I wish to continue!